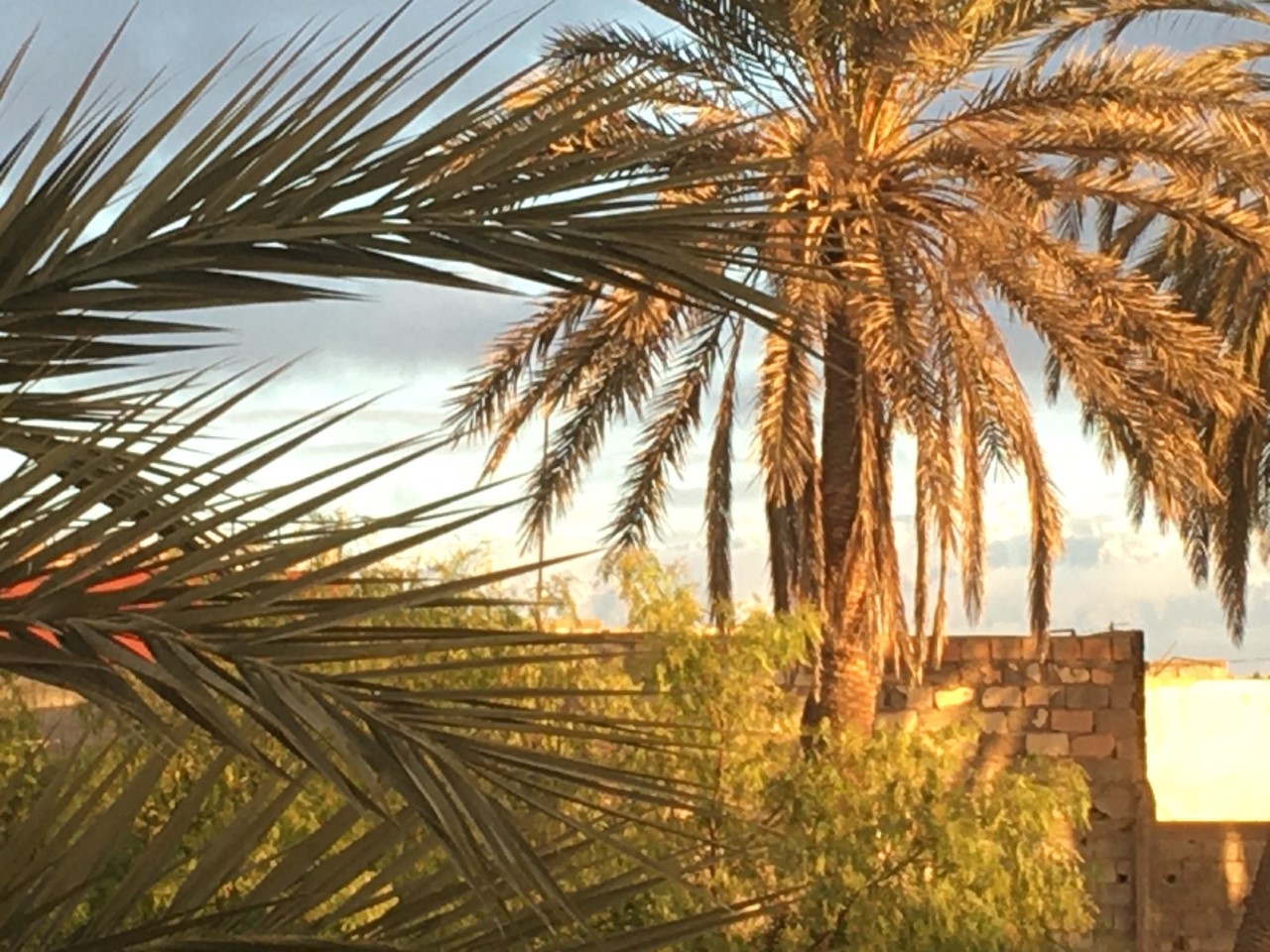 Culture and religion are powerful forces in the rulings of human sexual behaviour and Arab-Islamic cultures do not form an exception to that rule. Islam has developed its own rulings and values of sexually acceptable behaviour, but one has to realize that Islam exists in many shapes and that it is possible to find sexual rulings that vary from very strict to very open. On top of that, it is hard to discuss sexuality in Islam without looking at cultural influences, sometimes dating from the pre-Islamic period in this same domain. The debate on sexual diversity and the position of LGBTQ+ persons in the Arab-Islamic world affects participants of different origins and convictions, and does not only take place in the Arab-Islamic world, but also in Arab and Muslim communities outside the Arab-Islamic world, in the West in particular. The editors of the Special Issue have invited academics and researchers to submit contributions, in which they treat a subject that fits the theme and are either based on developments in the past or the present, provided that both types of contributions are written in the light of the present debate on sexuality in Arab-Islamic cultures. Click here for more information

I am happy to announce that the Special Issue “Sexuality in Arab-Islamic Cultures: Past and Present” is finished. It contains six fascinatingly interesting articles, all of them worth reading. Thanks to the great cooperation with Kai Iizuka of MDPI and the authors of the articles:’Reconsidering Homosexual Unification in Islam: A Revisionist Analysis of Post-Colonialism, Constructivism and Essentialism’; Aisya Aymanee M. Zaharin’The Incorporation of Cultural and Religious Diversity in LGBT Policies: Experiences of Queer Migrants from Muslim Backgrounds in Catalonia, Spain’; Gerard Coll-Planas,Gloria García-Romeral andBelén Masi’Border Regimes: Homophobia and LGBT Place Making in Six Ordinary Cities in Europe’; Martina Klett-Davies’Islamic Sexual Perversions and Apostasy Representations: Eastern and Western Classical Law Modern Reformist Mutations’; Ludovic-Mohamed Zahed’Online Temptations: Divorce and Extramarital Affairs in Kazakhstan’; Jasmin Dall’Agnola andHélène Thibault’“I Am Not Good at Any of This.” Playing with Homoeroticism in The Arabian Nights’; Frank Bosman.

On the 18th of August the second contribution titled Online Temptations: Divorce and Extramarital Affairs in Kazakhstan and written by Jasmin Dall’Agnola and Hélène Thibault was published. In recent years, the institution of marriage in Muslim Central Asia has undergone profound transformations in terms of religious dynamics, migration patterns, and the impact of globalization. In Kazakhstan between 2014 and 2019, every third marriage ended in divorce. By examining how Muslim Kazakhs’ support for divorce and casual sex is related to their consumption of information obtained on the Internet, mobile phone, and social media, this study contributes to the growing body of literature on the transformative forces of information and communication technology (ICT) in Kazakhstan and Central Asia. It uses a mixed-method approach that contrasts wider statistical trends from the World Values Survey Wave 7 country dataset on Kazakhstan with empirical data from focus groups conducted in five different regions of the country in 2019, involving a total of 96 respondents. The findings from the statistical and non-statistical analysis show that frequent exposure to information online influences Muslim Kazakhs’ support for extramarital affairs and divorce. Yet, frequent use of ICTs does not necessarily weaken the institution of marriage. Apart from its effect on university-educated female Kazakh youth, it seems to reinforce traditional understanding of marriage obligations among older generations and young men.

“I am not Good at Any of This.” Playing with Homoeroticism in The Arabian Nights

The first contribution to the special issue titled “I am not Good at Any of This.” Playing with Homoeroticism in The Arabian Nights and written by Frank G. Bosman appeared on the 28th of June. The abstract reads that the story collection known in the West as The Arabian Nights or One Thousand and One Nights, is famous, among other things, for its erotic playfulness. This eroticism was (and is) one of the key reasons for its continuous popularity after Antoine Galland’s French translation in 1704. The Arabian Nights includes, besides traditional, heterosexual acts, play, and desires, examples of homoerotic playfulness—even though we must tread lightly when using such Western concepts with an oriental text body such as this one. The homoerotic playfulness of The Arabian Nights is the subject of this article. By making use of a text-immanent analysis of two of the Nights’ stories—of Qamar and Budûr and of Alî Shâr and Zumurrud—the author of this article focuses on the reversal of common gender roles, acts of cross-dressing, and, of course, homoerotic play. He will argue that these stories provide a narrative safe environment in which the reader is encouraged to “experiment” with non-normative sexual and gender orientations, leaving the dominant status quo effectively and ultimately unchallenged, thus preventing the (self-proclaimed) defenders of that status quo from feeling threatened enough to actively counter-act the experiment.

The status of apostasy seems unclear in Islamic jurisprudence of the classical age; it is an act considered traditionally to be a legal vacuum, calling for no corporal punishment (mubah). When a sentence was applied in this case, it would seem that it was due to partisan political reasons, rather than on the basis of real spiritual proper needs. Yet today some conservative ulemas apply this status of excommunication, patterned on the modern Catholic model, to practices considered to be “abnormal,” such as homosexuality. What about the Islamic jurisprudence development, as it is conceived and applied today? What is the position of the so-called majority Islamic authorities in regard to apostasy or the perversion of some Muslim minorities? Moreover, what is the position of these ulemas vis-à-vis the so-called alternative progressive movement, which reject the majority Islamic dogma, in France, Morocco, Egypt and elsewhere in the so-called Arab-Muslim world?

European nation states increasingly hail LGBT identities as part of modern values; LGBT recognitions have become a symbol of secular achievements. Discourses around gay rights and sexual diversity are increasingly pitted against presumably homophobic and intolerant ‘others’. An increased intolerant and repressive attitude towards migrants and racialised minorities is justified by their supposed threat to exactly these values. LGBT tolerance is used as a marker for modern values and this positions LGBT people as ‘border patrollers’ who can count as part of the modern liberal nation. This paper analyses 92 interviews with LGBT participants who live in six small and medium sized ordinary cities in Europe. It discusses how their fear of homophobia is evaluated according to perceived sexual norms and attitudes at the neighbourhood level. Neighbourhoods are considered either LGBT friendly or unfriendly according to their socio-demographic characteristics that focus on social class and/or migration and that intersects with race, ethnicity and religion. Based on the findings, neighbourhoods are both a geographical and a cultural terrain that can be understood, organised and contested through a sexuality discourse in the production of border regimes that discipline and produce the confines of the normative, the ‘modern’ and the ‘backward’. Not only are LGBT people positioned as border patrollers but they express their fear of homophobia also through bordering. The neighbourhood can then be understood, organised and contested through a sexuality discourse in the production of border regimes.

The Incorporation of Cultural and Religious Diversity in LGBT Policies: Experiences of Queer Migrants from Muslim Backgrounds in Catalonia, Spain

This article reflects on the biases in sexual and gender diversity policies in relation to the axis of cultural and religious diversity in Catalonia (Spain), where these policies have experienced an enormous boost since 2014. The paper aims to analyse the articulation between the experiences of queer migrants from Muslim backgrounds living in Catalonia and the LGBT and intercultural policies. Based on interviews both with queer migrants and people involved in developing public policies, we analyse how these two axes intersect. The approach of policies is mainly monofocal and assimilationist, failing to acknowledge the hybridity of queer migrant experiences. However, we also find examples of policy programmes that adopt an intersectional perspective and embrace hybridity by advancing more inclusive LGBT equality policies. The conclusions highlight two axes of tensions that have emerged in the analysis of the policies: the construction of the figure of the queer person from a Muslim background and the role of the state regarding sexual and gender diversity.

Reconsidering Homosexual Unification in Islam: A Revisionist Analysis of Post-Colonialism, Constructivism and Essentialism

While there are Muslims who hold that the two identities Muslim and homosexual are mutually exclusive and that it is illegal to practise homosexual acts, the ongoing Muslim revisionist movement seems to provide a more understanding approach. Members of this movement argue that although the act of homosexuality is mentioned in the Qur’ān, this term is not inherently similar to the contemporary understanding of homosexuality based on love (mawaddah) and mutual consent. This paper provides a comprehensive understanding of theological, historical and sociological discourses to demonstrate some of the challenges facing contemporary sexual ethics in relation to Muslim homosexuality and its relationship to power (religious, patriarchal and neo-colonialist). It argues that conservative and centrist scholars have always presented homosexuality based on cis-hetero morality standards, but not from a deep understanding of the Qur’ān and the Hadith. It also argues that from a conservative view, homosexuality has never been addressed from either a medical/psychological (essentialism) or a social constructivist perspective, thereby further denying the existence of men who are not attracted to females as explained in the Qur’ān (24:31). On a historical level, this paper offers a discussion of legal, social and political genealogies of the history of same-sex attraction among Muslims by addressing relevant questions related to pre-colonial and post-colonial legacies. This paper then considers sociological and scientific approaches (constructivism and essentialism theories) that explain a place for same-sex unions in Islam.